Mr. G was quite fasciated with what came out of the envelope! 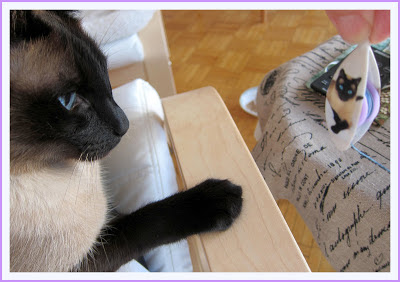 I saw that I had received a package from Frivole; I recognized the envelope, but was mystified, as I had been restrained lately and ordered nothing. I could not imagine what she was sending and was floored when I saw what was in the package: 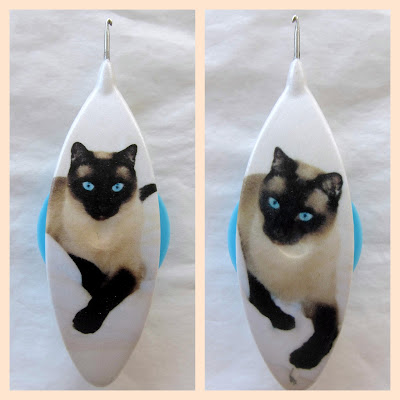 The envelope was mailed in Britain by Frivole, but the shuttle was actually a gift from my pal Liyarra, (at InTatters)! The Awesome Aussie amazed me with this fabulous shuttle. Isn’t it just the best?


Thank You so much, Liyarra!

Obviously, the scheme had some fancy footwork involved and I thank both Frivole and Liyarra for their time and energy in creating such a wonderful surprose. You both rock!

That clever Frivole certainly has an eye for finding lovely photos of Monsieur Gian. She sent me this some time ago, a complete surprise answer to something I had mentioned to her in an email! I thought of the photo as soon as I saw the shuttles... : ) 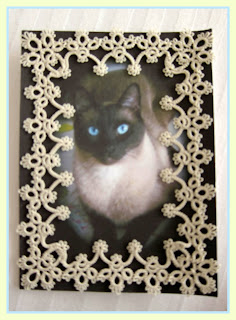 *********
Next, here is a motif I have not seen on the blogs - I don’t think I have, at any rate. I love it. It is one of Susanne Schwencke’s patterns and is a really interesting tat. 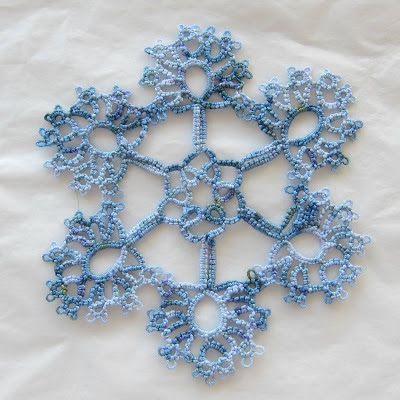 Karey Solomon’s HDT #20
*********
Lastly, there was the celebration of the coronation of Queen Elizabeth last week, and I remembered I had a coin, saved since early childhood of this event.

I pulled it out of old keepsakes ( I DO save a few things!) and polished it up with baking soda till the copper shone. So pretty! It needed a celebratory pouch, so I cut two little squares of royal purple felt and found a tiny tatted motif.

My sewing skills are so minimal, but the thing is only about two inches across, and I was able to baste around the felt and attach the motif, et voila! 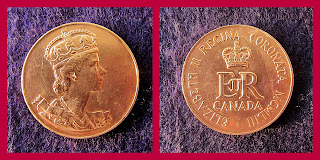 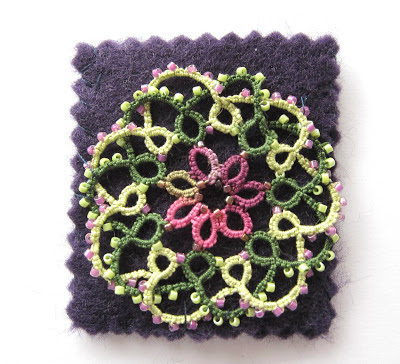 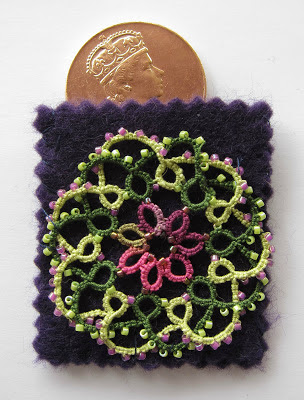 Oh, yes, I forgot; one last thing...
a little pattern (one inch!) by Jennifer WIlliams. 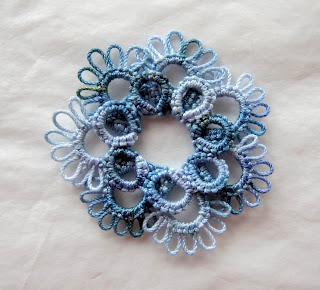