Recently, I won a lovely little something in an Ebay biding war!

This is a first for me as I do not purchase much online other than from Roseground,  Zig-Zag Corner or Handy Hands -  you know, the the usual suspects!

At any rate, I will show you my prize, which I think it is indeed a real find, when it arrives from abroad....

Before I found the auction, I was tooling around the Internet, looking for this and that, when I decided to check about shuttles; I sent Google to do its thing.  This is what it retrieved! 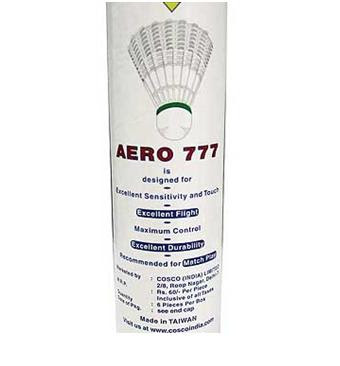 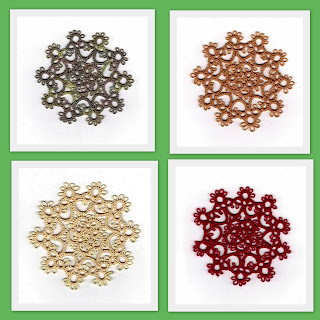 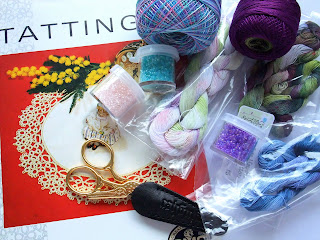 
I attended my first tatting weekend: the  Fringe Tatting Guild Tat Days 2009, in Cambridge, Ontario. Wow.  What a different experience.  I am still a bit overwhelmed by meeting so many tatters and seeing such a plethora of tatting goodies!

Here is what I went home with, after promising myself I would buy only a couple of balls of thread. Right. To my raven's eyes, the beads were what ultimately did me in, unlocking the chains around my wallet... I am certain if you are reading this you know precisely what mean.

There were four sessions for the weekend and all I have to show you after many tatting hours is this! 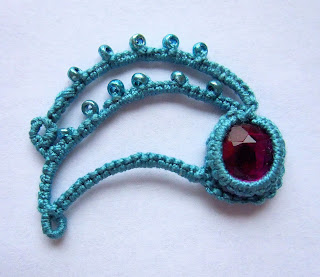 I learned new skills:  roll tatting ( the tiny rings) and encircling a flat bead.  A pretty motif, if very small! This was done in one of Kaye Judt's sessions. Her book, Oh My Stars, is such a valuable a learning tool, so it was great to meet her in person.

After reading and enjoying so many posts at Threads of a Tatting Goddess, it was wonderful to spend some time with Gina! I look forward to meeting her again at some future tatting event.  : )

An angel, begun in Karey Solomon's class, has unfortunately gone to tatting heaven.  It and I did not fare well together and I wondered, as my tatting floundered and the angel perished, if I should have instead considered a car mechanics course for this weekend...

You can see samples of Karey's lovely HDT thread in the Loot picture. I had to make up for the black clouds hovering above my frustrated head during her session, (poor Karey!) so I figured I'd get some of her luscious-coloured thread to bring home with me. It was the least I could do!


Not flailing around - COASTERS!

Almost done! I am so pleased with this colourway. 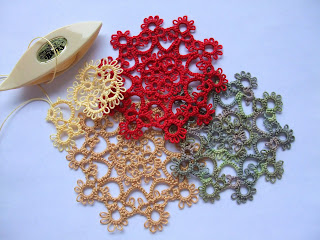 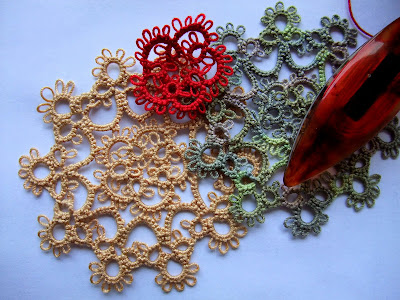 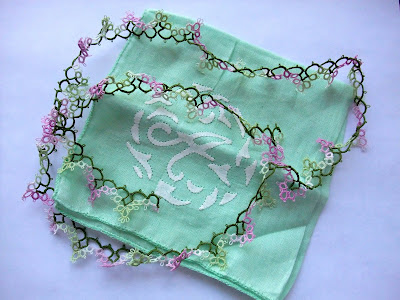 I have decided not to be a masochist. I am not going to finish the border.

I don't like the look of this thread against the green hanky, although it is very pretty on its own. It is interesting to me that I have known all along that I was not going to like the finished piece; I found it too busy and there was too much colour, but I ignored the obvious and kept plugging, getting more and more frustrated and annoyed.

Krystle said a while back - this is meant to be fun. If I am not enjoying it, why do I have to finish something I am not going to be pleased with? Why can't I change my mind about a project or just decide I will not continue, for no other reason except that I said so?

Ah, the endless struggles of a control freak and a perfectionist. At least this is easier and less expensive than the stained glass work I did in the past. Harder indeed to justify a change of heart when there are hundreds of dollars at stake!

There is already a new border in the works in another pattern, in a thread that is the same colour as the cloth. End of rant.

Back to the coasters: the second set. 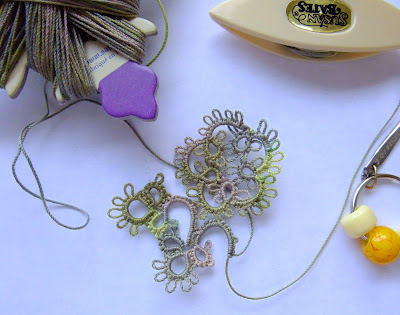 and finished the first one very quickly. I am working on the yellow one now, but here is the completed green one. 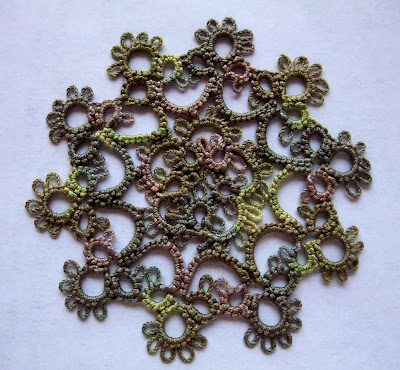 One Lot Done - On to Yellow and Green! 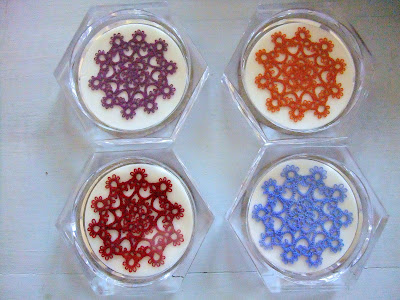 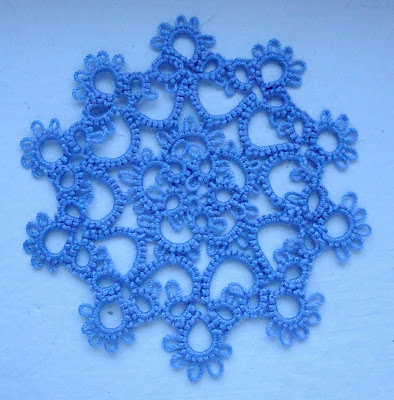 Now, to get them centered in the acrylic holders... Almost as complicated as tatting and I hope the cork is going to stick...
Anon, 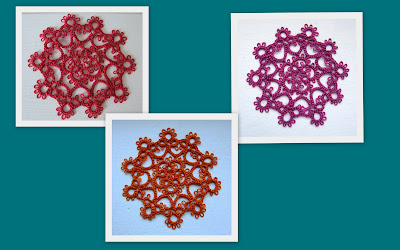 Red, purple and orange completed. Blue to go. Then the next set: greens and yellows. It seems I have been doing this pattern for ages. And the hanky border languishes...
Anon,

My four year old grandson is an unusual and gifted child. Last week, he saw me tatting (of course!) and asked what I was doing. I said I was tatting a gift for someone and he said he would like to have it. I asked if he would not prefer something in his favourite colour, instead of the orange motif. He informed me that although blue was his choice, he wanted the one I was working on. He did indeed want an orange motif. Very, very much.

He has immense blue eyes, the colour of a clear sky, surrounded with luxurious lashes. What was I to do?

It is difficult for me to refuse this little boy, but this time even more so, for I was at his home to look after my daughter who was very ill (thankfully, on the mend now).

I noticed I could not tat at all. The coaster motif has caused no problems in the past; it is a simple pattern, but while in New York I could do nothing right - literally, not one thing.

Tatting was a disaster: many starts and stops; horrible tension; mistakes cut over and over. I re-tatted the entire motif twice! All the stress resulting from shingles in the eye was tatted into that small snowflake: a real mess!

In spite of all this, my grandson was enamoured with the piece. He wanted it: he thought it was beautiful!

So, I struggled to finish and tied off the ends. Yes, literally tied the ends! I was so disgusted by then I just wanted the wretched thing done! His sweet face lit up when I presented it to him, in a quiet moment before I left. 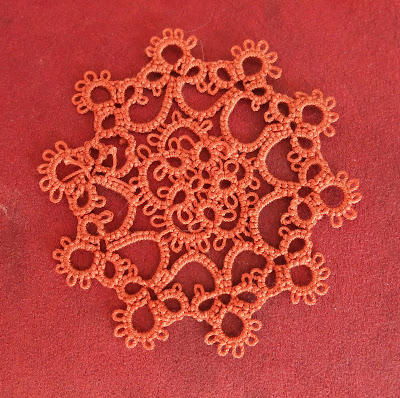 Tatting not only helped me through a scary situation, but also brought me even closer to my grand-baby. Wow - what can I say?
Anon,

The Heart is in the Mail 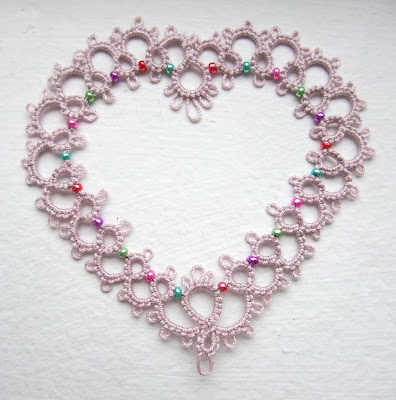 Another recuperating being out there inspired this.

Ohhhh, I really like it this time! But, I will send it off tomorrow with my best wishes.

I do like this pattern....from Judith Connor's Tatting Adventures with beads, shuttle and needle. The thread is Lisbeth #20, and it is a wonderfully soft lilac shade.

Also fooling around with SCMR"s: 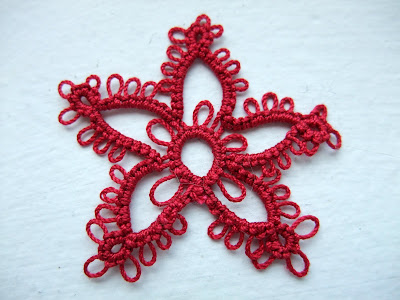 That border? Only fifteen more repeats (it seems ENDLESS) and then I get to sew it on to the hanky!
Anon, 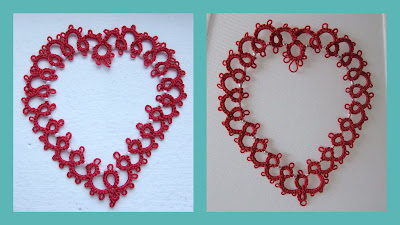 You can't really see the improvement - the picots look all crooked and bunchy. In fact, the old one on the right looks better - to me, anyway.

The first one I just posted to a friend, and I noticed as I tatted it that I had made a mistake in the pattern in the ones done before. On the picot edge, my count was wrong .

I notice that my speed and accuracy have shifted a little. I just wish the first pic looked like the real one - the improvement was obvious - I wanted to keep it! 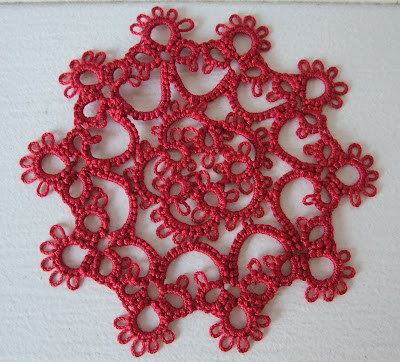 I prefer the solid colours, or at least variegated colours that do not pool in great blobs like the last red and brown coaster did. This one looks so much better than the last one that I may have to replace the first with a solid colour.

Here is what happened: the ends were too tight.
Jon wrote:

I had to do a bit of 'surgery' on it first though. The tips at both ends are closed quite tightly. I had to sand it down a bit. Did you have to do that too?

I did not do that. I tried to widen the ends by bending the plastic. I think I may have......

Luckily, I had ordered two shuttles and using the remaining Inox, I copied Diane's idea: coasters as gifts. I am waiting for the plastic parts to arrive and there are four in a set. So, here is the first of the first set. Great gift idea for tatting. Thanks Diane! 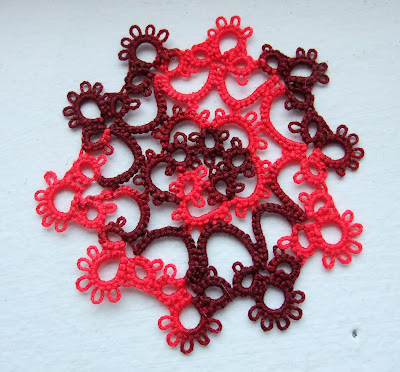 This next project took my mind off my recent heartbreaking loss.

The Boss got a new coat for fall. It is brown with a pink and orange plaid pattern. "Sita," she said, "I want a hat with flowers." She got the hat. I even added a scarf. 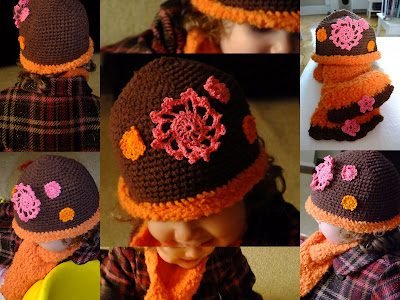 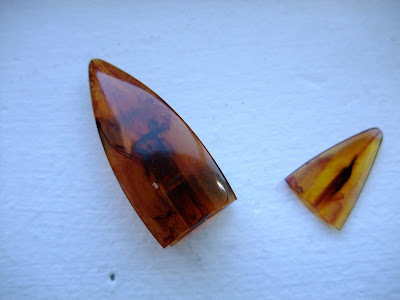 From Across the Pond 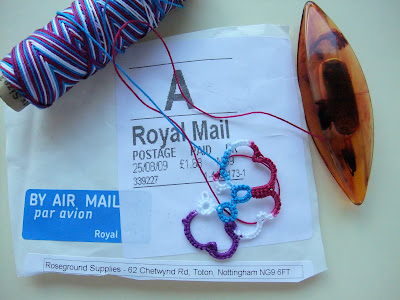 I have been lusting for these shuttles for a long time - well, for within the framework of the past eight months or so! I found them at Roseground Supplies, in Nottingham - you know, Nottingham? Where ROBIN HOOD lives! (I'll bet Maid Marion knew how to swing a swell shuttle)

These folks have the BEST service.

I received the shuttle in less than a week. Imagine my surprise when I saw the sample of Lisbeth included, which I had to use immediately to test the shuttles.
This is what happened: 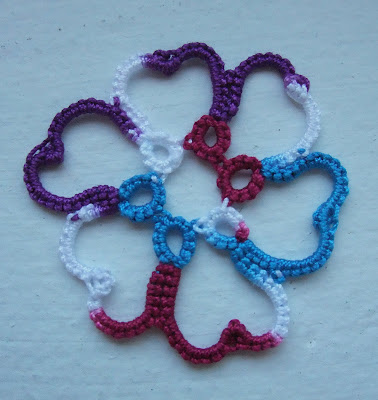 I am pleased!
Anon,